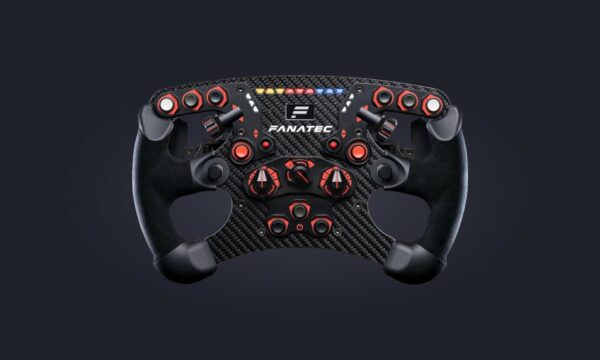 Officially licensed for Xbox, the ClubSport Steering Wheel Formula V2.5 X is a perfect size and shape for all formula-style and single-seater race cars.

Thanks to the pre-installed, CNC-machined aluminum ClubSport Magnetic Paddle Module, you’ll shift gears with confidence every time. The wheel is packed with 11 buttons, 12-way multi-position switches, thumb encoders, toggle switches; the list goes on. Up to 67 functions of a game can be adjusted directly.

Replace the ClubSport Magnetic Paddle Module with the Podium Advanced Paddle Module (optional) for additional inputs and analog paddles. The exchangeable quick release means this wheel is ready for the transition to the all-new QR2 system (coming soon).

The ClubSport Steering Wheel Formula V2.5 X can be upgraded to the Podium Advanced Paddle Module, which adds a dual-clutch paddle system and two pairs of magnetic paddles with 3 mm-thick carbon fiber plates.

READY FOR THE FUTURE.

This product is only compatible with the following wheelbases:

While every reasonable effort is made to ensure the accuracy of this information, we apologize for any errors or omissions contained on these pages.